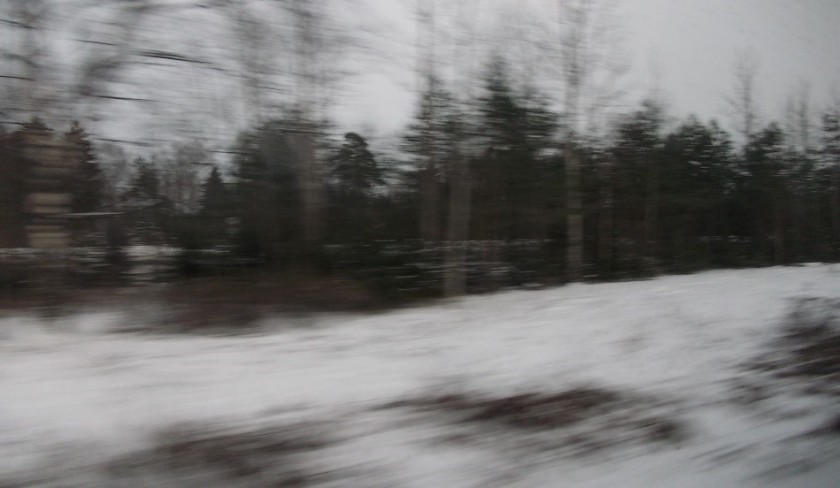 The term “Nordic Noir” was first coined in 2010. Whilst ‘noir’ has been appropriately applied to modern crime fiction given its dark, cold nature, the works vary widely, even geographically to include countries beyond the Nordic region. So, the term “Northern Noir” was adopted for this event, although the label for Northern European crime fiction was debated throughout the day.

Firstly, where do these stories take place?

Henry Sutton, Senior Lecturer in prose fiction at UEA, and founder and director of the crime writing festival Noirwich, has coined the term “North Sea Noir”, as he sets his novels in Norfolk. He contrasts his abstract locations with more realistic crimes. More specific places would make the ending seem cosier. Sweden’s Håkan Nesser has been writing for 30 years and does not feel part of a collective. His focus is on Northern Europe and he also uses North Sea locations such as Shetland and Orkney.

As a psychiatrist, Torkil’s work is character driven. Suspense and confusion are often added by simply naming characters as “the visitor”, “the woman” or “the nurse”. He subsequently adds the plot and structure “like carving a stone sculpture”. He is concerned with outsiders, politics, cultural influences and sub-cultures. Characters with a mental illness are common here – a good person with a flaw. Empathy can be the basis for evil, as concern for others may lead to unintended events.

Indrek’s criminals are not good characters with a flaw, but definitely evil. His main question is who not why. Nordic Noir or modern crime novels tend to concentrate on why. The criminal is a “victim of society”, but Indrek writes that the murderer is evil. He doesn’t feel pity for the murderer.

Female characters are important in this genre appearing as gangsters and detectives. Indrek writes about smart women. Håkan sometimes writes from a woman’s perspective. There are also several female Swedish, Norwegian, Finnish and Icelandic writers of this genre.

In Karo’s post-recession financial crime thrillers, bankers in a crisis are like wild animals, losing everything in which they have faith. His themes are global, as there are many international investment banks in Finland. There are always ethical questions in crime fiction. Unlikeable characters raise questions about entrepreneurs and risk takers. There can also be dark, absurd humour because it is comical when someone thinks they’re important.

Kjell’s Detective Frank Frølich, who is upbeat, and Chief Inspector Gunnarstranda, a sarcastic pessimist, investigate different types of crime in Oslo from drug politics to white-collar investment crime. He believes that the story will decide how it will end up. Characters can be their own worst enemies. In contrast, Håkan feels that the story should be the focus and not police officers. His well-known compatriot, Henning Mankell, was very political and left-wing, whereas Håkan did not intend to write about society. His latest novel to be published in English is a family drama and a slow burn. An inspector doesn’t appear until page 184. According to Håkan, if a good guy commits murder, it is more interesting than if a bad guy does.

What is the inspiration?

Indrek was inspired by Agatha Christie and explained that women have an important status in his novels, portrayed as being both literate and numerate. Karo also cites Agatha Christie and Sir Arthur Conan Doyle as inspirations. He doesn’t see a conflict between crime writing and high-brow literature. He regards crime fiction as a musical due to its popularity. Crime stories are now highly developed and very complex. Torkil believes that a good crime novel is a good novel. It draws interest from other authors. He prefers characters not just action.

Henry described literary noir as stories steeped in emotional and often literal darkness. Graham Greene’s “Brighton Rock” is a fine example of this grim, unflinching style. He claims “crime fiction is the novel of our times” with a form, shape and purpose. It is insightful, intelligent and entertaining. The literary novel is the “poetry of our day”. The crime novel has more influence than the literary novel. It is dramatic; things happen. You can’t say that of every novel.

Kjell’s biggest influence is Henrik Ibsen due to his introspection. Today is influenced by the past. Kjell has also written about true crime. He believes that Nordic Noir does not have one definition.

So, it seems that Northern Noir could take place in a central or remote location, be global or insular, modern or medieval with flawed or down-right evil characters, driven by the characters or the plot. Can this be a genre at all? Suspense and dark crimes are the common elements. According to Torkil, there are common Nordic experiences: the weather; sparsely inhabited landscapes; never-ending summer night; melancholy; things are stable at the surface, but “aren’t what they seem to be.” Karo thinks “Nordic Noir” is a marketing term, but the rainy weather and mood of the characters are similar. Authors write very differently from each other. Financial thrillers are different from family drama.

Dr Jakob Stougaard-Nielsen stated that Nordic crime novels enchant the most mundane social experiences, such as the family. Crime fiction is “a lightning rod for collecting social anxieties.” The borders between the detective and serial killer become blurred. He queried whether Danish dogma was the origin of Scandi/Nordic Noir with 1994’s TV series “The Kingdom”. Long before that, Victorian Gothic may have acted as an inspiration.

If Northern crime fiction could give way to another genre, what would it be? Cornish noir and fantasy noir already exist. Suggestions included Facebook noir, retro noir, classic noir and literary noir. Of course, without good translations, the English-speaking world’s access to and appreciation of modern Northern European crime fiction would be far more limited. 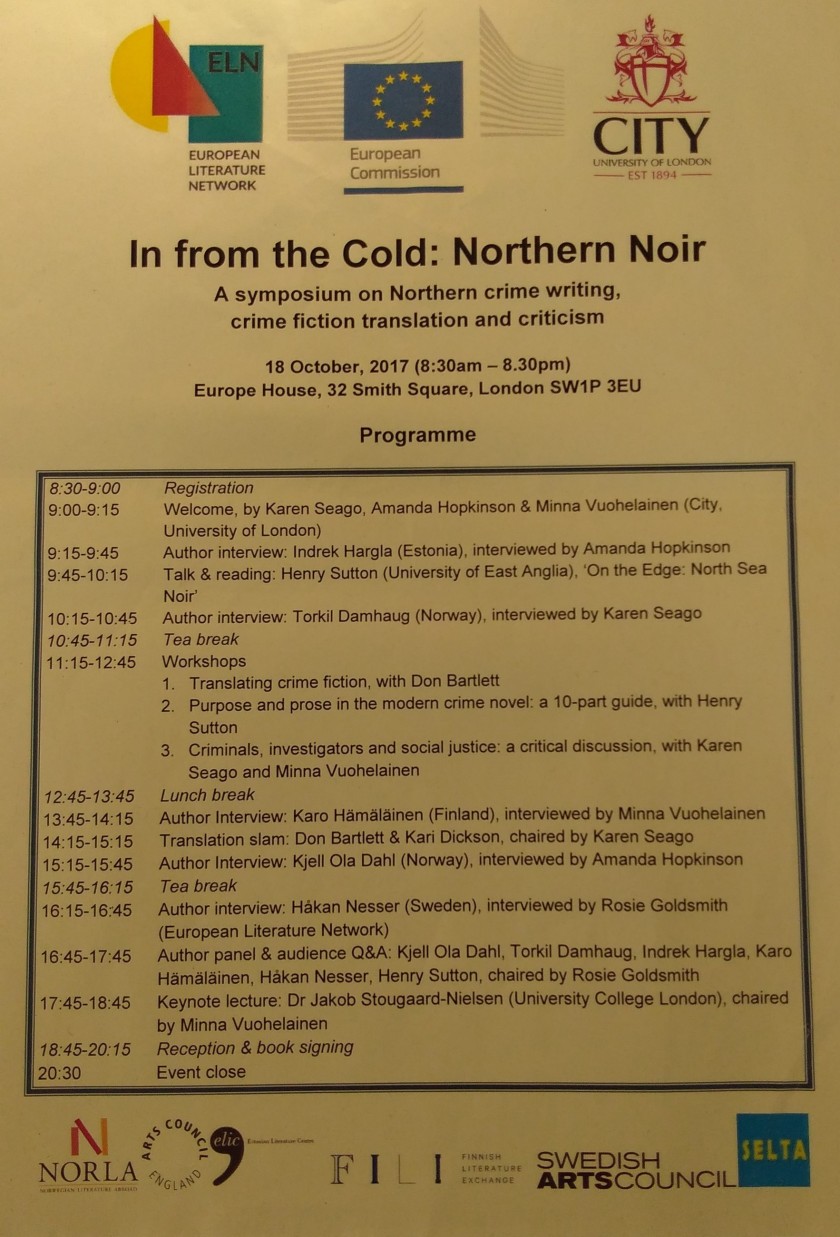